A brief history of the Waunakee Airpark

In the mid-1940's, the son of a Waunakee farmer looked to the skies above his father's open fields and found inspiration.

A curiosity blossomed into a passion, and soon after taking flying lessons at Middleton's Morey Airport, Jerome Ripp had purchased his own small aircraft and convinced his father to allow him to mow a small strip of pasture for the use as a runway--and the Waunakee Airport was born.

Ripp's family farm was located just outside the Village limits at the time of the airports conception, which allowed Jerome the freedom to build a hangar for his own airplane. After the construction of his hangar, local pilots and friends took notice, and Jerome's airport vision grew. Soon, the Ripps were selling land along the small runway for home sites to aviation enthusiasts from all over Wisconsin. Today, more than 70 years later, the Waunakee Airpark is flanked by over 60 homes and 41 aircraft hangars. 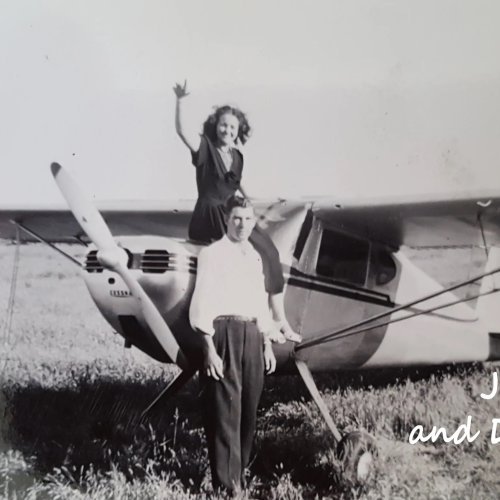 In 2005, Jerome and his wife Dolores entered their eighties. They were receptive to passing along the responsibilities of owning and maintaining the airport to the next generation. A group of 24 aviation enthusiasts consisting of families and individuals living along the airport formed a Limited Liability Company to purchase the airport. Waunakee Airpark LLC is intent on keeping the airport as a vital part of the community. Although the airport is privately owned, it is made available for appropriate public use. Beyond hobby flying, the airport has been used as a delivery site for repair parts for manufacturing and agriculture, a a destination for executives meeting with local industries, as a flight instruction site, a training ground for Air National Guard helicopters, and as a safe, secure landing place for UW MedFlight operations. The airport continues to be a unique and beneficial community asset through its new ownership.

The Waunakee Airport & Pilots Association (WAPA) formed in 1979 as the airport continued to grow. The organization provides a social atmosphere for local pilots and aviation enthusiasts, and also took over some airport maintenance responsibilities. The Ripps remained heavily involved in the airport community.

A long-standing tradition of the Waunakee Airpark is an annual community breakfast hosted each summer. First held in 1960, this family-friendly event invites Waunakee residents as well as a larger community of aviation enthusiasts from across the state to the small airport tucked inside the Village. Waunakee pilots and airport residents make and serve pancakes, eggs, and sausage to hungry guests, all the while sharing their knowledge and passion for small aircraft aviation.